Primer: Epstein’s lawyers have proposed 14 conditions for pretrial release, including the use of surveillance cameras and GPS monitoring. Prosecutors say his vast resources and history of sexual offenses make him a flight risk and a danger to the community. He is presently is the same jail, just three cells away from el Chapo Guzman. Will he soon be moved? Likely….

Moving on to the search warrant. A fake Saudi passport? Really?

In part from Reuters:

Prosecutors said their case is getting “stronger by the day” after several more women contacted them in recent days to say he abused them when they were underage.

Assistant U.S. Attorney Alex Rossmiller also revealed Monday that authorities found “piles of cash,” ”dozens of diamonds” and an expired passport with Epstein’s picture and a fake name during a raid of his Manhattan mansion following his July 6 arrest. 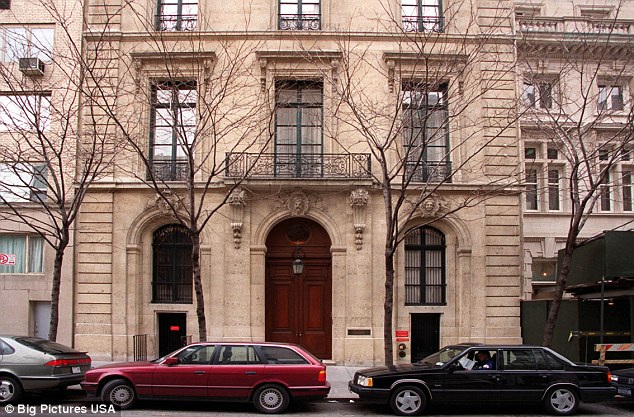 Epstein’s lawyers said he has not committed crimes since pleading guilty to soliciting a minor for prostitution charges in Florida in 2008 and that the federal government is reneging on a 12-year-old plea deal not to prosecute him. They said they planned to file a motion to dismiss the case and that Epstein should be allowed to await trial under house arrest in his $77 million Manhattan mansion, with electronic monitoring.

In a written submission Friday to U.S. District Judge Richard M. Berman, prosecutors shared new information about their investigation and why they perceive Epstein as dangerous.

They said several additional women in multiple jurisdictions had identified themselves to the government, claiming Epstein abused them when they were minors. Also, dozens of individuals have called the government to report information about Epstein and the charges he faces, prosecutors said.

Prosecutors said they believe Epstein might have tried to influence witnesses after discovering that he had paid a total of $350,000 to two individuals, including a former employee, in the last year. That came after the Miami Herald reported the circumstances of his state court conviction in 2008, which led to a 13-month jail term and his deal to avoid federal prosecution . “This course of action, and in particular its timing, suggests the defendant was attempting to further influence co-conspirators who might provide information against him in light of the recently re-emerging allegations,” prosecutors said.

In addition to the charges in the indictment, prosecutors are also reviewing dozens of electronic files seized during a raid on Epstein’s residence after his July 6 arrest, finding even more photos than the hundreds or thousands of pictures of nude and seminude young women and girls they had reported prior to a court hearing a week ago.

In their submission to the judge, Epstein’s lawyers say their client has had a clean record since he began registering as a sex offender after his Florida conviction.

They said the accusations against Epstein are “outside the margins of federal criminal law” and don’t constitute sex trafficking since there were no allegations he “trafficked anybody for commercial profit; that he forced, coerced, defrauded, or enslaved anybody.”

Prosecutors said efforts by defense lawyers to characterize Epstein’s crimes as “simple prostitution” were “not only offensive but also utterly irrelevant given that federal law does not recognize the concept of a child prostitute – there are only trafficking victims – because a child cannot legally consent to being exploited.”

Federal agents who searched the East Side Manhattan mansion of wealthy sex  offender Jeffrey Epstein turned up a “vast trove  of lewd photographs” of young-looking girls, including hundreds of meticulously labeled nude pictures locked in a safe, according to federal court documents.

The description, laid out ina memo by prosecutors from the Southern  District of New York, was aimed at convincing a federal judge that Epstein, who was arrested July 6 upon return from Paris on his private jet, should not be freed pending trial on charges of sex trafficking.

Agents used crowbars to force open the front door of the seven-story Upper East Side mansion.

The memo said the search turned up not only evidence supporting its sex trafficking allegations against Esptein but also “hundreds – and perhaps thousands – of sexually suggestive photographs of fully – or partially – nude females.”

Then in the Irish press, there is the matter of the Prince…

Prosecuters believed Jeffrey Epstein was tampering with potential witnesses when he was investigated over underage sex crime allegations, court documents have revealed.

A document titled ‘Statement of Undisputed Facts; drawn up in 2008 by Bradley Edwards, a lawyer for one of Epstein’s victims says: “Edwards has had a good basis to believe and did in fact believe that to avoid the Government learning about his abuse of minor girls, Epstein threatened his employees and demanded that they not cooperate with the government.

The documents describe Epstein ‘harassing and pressuring’ one of his alleged sex slaves into not co-operating with the investigation.

More than a dozen victims had come forward with similar tales of their abuse at the hands of Epstein when he secured a controversial deal with US prosecutors.

Those who did not co-operate with Epstein were apparently warned ‘bad things’ would happen to them if they helped prosecutors, the Daily Mail reports.

Epstein pleaded guilty to a lesser charge of soliciting minors – which earned him an 18-month jail sentence of which he served less than 13 months. But he was granted immunity from prosecution on a series of other underage sex charges that could have seen him locked away for a decade.

Epstein is a self-made billionaire who met Prince Andrew on several occasions around the world in exclusive locations during a close relationship spanning a decade.

He claimed the likes of former US president Bill Clinton, supermodel Naomi Campbell and actor Kevin Spacey were among his friends and house guests. Although there is no suggestion of any wrongdoing on their part.

A father of one of his students recommended him to a Wall Street financier who set Epstein on the path to untold riches. One estimate puts his overall wealth at more than one billion dollars.

His true wealth remains unknown as much is hidden in the Caribbean tax haven of the US Virgin Islands.

Maxwell was the daughter of disgraced newspaper tycoon Robert Maxwell, who died in 1991 after falling from his yacht when it emerged he had stolen hundreds of millions from the Daily Mirror pension fund. Epstein earned her gratitude and unswerving loyalty when he picked her up after her father’s death.

But court documents filed last week say their relationship took a sinister turn when Maxwell became “one of the main women whom Epstein used to procure under-aged girls for sexual activities and a primary co-conspirator in his sexual abuse and sex-trafficking”.

In a strong rebuttal of the claims Maxwell said: “The original allegations are not new and have been fully responded to and shown to be untrue.

“Each time the story is retold it changes with new salacious details about public figures and world leaders. Ms Roberts’ claims are obvious lies and should be treated as such.”

The documents claim Epstein groomed “dozens” of children by inviting them to his Florida mansion to give him a massage which “turned into a sexual encounter”.

It is claimed that Virginia Roberts became Epstein’s “sex slave” and that he made her “available for sex to politically-connected and financially-powerful people”.

Prince Andrew is one of those identified by Roberts, a claim he emphatically denies.

The court document claim Epstein offered Roberts and other girls to influential friends and contact in order to “ingratiate himself with them for business, personal, political and financial gain, as well as to obtain potential blackmail information”.

There is no suggestion Prince Andrew was aware of Epstein’s sordid other life. But they regularly enjoyed each other’s company.

Epstein flew in his private Gulfstream jet to the Bahamas in 1998 to meet Fergie and her daughters Princesses Beatrice and Eugenie.

He is also reported to have visited Epstein’s sugar-pink mansion in an exclusive area of West Palm Beach, Florida.

The following year, Epstein and Maxwell were granted a rare honour given to only some foreign dignitaries – a stay at the Royals’ much-loved Craigowan lodge on the Balmoral estate.

A visit to Sandringham followed. One source told Vanity Fair in 2011 that Epstein “taught Andrew how to relax”, adding: “I remember when Andrew and Jeffrey Epstein first became friends.

Another source claimed that Andrew’s friendship with Epstein was in part motivated by a desire to help his ex-wife Sarah, who had run up huge debts.

Though there is no suggestion that either of them was involved in anything illegal. Epstein once loaned Sarah £15,000 but she later regretted taking the money which she described as “a gigantic error of judgment”.

Epstein’s downfall was a dramatic as his rise to wealth in the first place.

Remarkably, Prince Andrew’s friendship with the now disgraced financier did not end there. In a decision that continues to haunt him, the pair were photographed together in New York’s Central Park in 2010 following Epstein’s release from prison the year before.

Epstein has not yet responded to the latest developments in the case.

Posted in Citizens Duty, DOJ, DC and inside the Beltway, FBI, The Denise Simon Experience, Whistleblower.