The Taliban is in the building, including U.S. federal buildings, meaning Seddique Mir Mateen was granted access to the Obama administration.

Seddique Mir Mateen is a life insurance salesman who started a group in 2010 called Durand Jirga, Inc., according to Qasim Tarin, a businessman from California who was a Durand Jirga board member. The name refers to the Durand line, the long disputed border between Afghanistan and Pakistan. 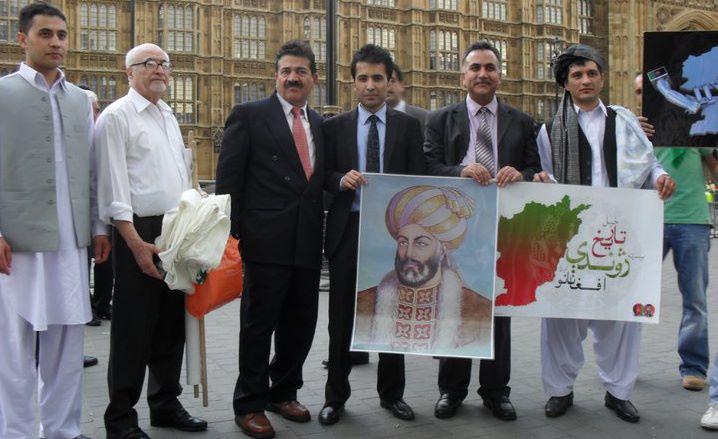 Seddique uses the Dari language, and not Pashto, the language of Pushtuns. More here.

Tarin said Seddique Mir Mateen had a television show on which they discussed issues facing Afghanistan.

Details:  =  jirga (Pashto: لويه جرګه‎, “grand assembly”) is a special type of jirga that is mainly organized for choosing a new head of state in case of sudden death, adopting a new constitution, or to settle national or regional issue such as war.

Details: = Durand Liine The Durand Line (Pashto: د ډیورنډ کرښه‎) is the 2,430-kilometre (1,510 mi) long boundary between Afghanistan and Pakistan. It was established in 1893 between Sir Mortimer Durand, a British diplomat and civil servant of British India, and Abdur Rahman Khan, the Afghan Amir, to fix the limit of their respective spheres of influence and improve diplomatic relations and trade. Afghanistan ceded various frontier areas to British India to prevent invasion of further areas of the country. Afghanistan was considered by the British as an independent princely state at the time, although the British controlled its foreign affairs and diplomatic relations.

Durand: “Our brothers in Waziristan, our warrior brothers in [the] Taliban movement and national Afghan Taliban are rising up. Inshallah the Durand Line issue will be solved soon.”

Mateen had also been granted a corporate license by the State of Florida to operate his group called The Provisional Government of Afghanistan.

Sabrina Seddique is currently associated with one company, according to public records. The company was incorporated in Florida five years ago.

A connection is made when two people are officers, directors, or otherwise associated with the same company. Sabrina has eight known connections and has the most companies in common with Mustafa Aurakzai.

Officer for The Durand Jirga, Inc.

In part from Associated Press: Some of Seddique Mir Mateen’s shows were taped and later posted on YouTube. During one episode, a sign in the background read: “Long live the U.S.A! Long live Afghanistan. … Afghans are the best friends to the U.S.A.”

But a former Afghan official said the “Durand Jirga Show” appears on Payam-e-Afghan, a California-based channel that supports ethnic solidarity with the Afghan Taliban, which are mostly Pashtun. Viewers from Pashtun communities in the United States regularly call in to the channel to espouse support for Pashtun domination of Afghanistan over the nation’s minorities, including Hazaras, Tajiks and Uzbeks, the official said.

The “Durand Jirga Show” expresses support for the Taliban, has an anti-Pakistan slant, complains about foreigners in Afghanistan and criticizes U.S. actions there, the official said. Seddique Mir Mateen lavished praise on current Afghan President Ashraf Ghani when he appeared on the show in January 2014, but he has since denounced the Ghani government, according to the official, who said that on Saturday, Seddique Mateen appeared on the show dressed in military fatigues and used his program to criticize the current Afghan government.

He also announced on that show that he would run in the next Afghan presidential election, said the official, who spoke only on condition of anonymity because he did not want to be linked to coverage of the shooting.