Politico: Facing a legal threat from House Republicans, the FBI announced Tuesday that it is doubling to 54 the number of staffers combing through documents to comply with GOP requests for records of the investigation into Hillary Clinton’s email server.

“Up until today, we have dedicated 27 FBI staff to review the records,” FBI director Christopher Wray said in a statement. “The actual number of documents responsive to this request is likely in the thousands. Regardless, I agree that the current pace of production is too slow.”

Wray’s statement describes an intensifying demand on resources required by the bureau to fulfill the GOP subpoenas. It comes as some House Republicans have mounted an increasingly hostile campaign against the bureau leadership, accusing top DOJ and FBI officials of mishandling the Clinton investigation while assigning anti-Trump agents to oversee the Trump-Russia probe that the FBI launched in July 2016.

Democrats have derided those criticisms as baseless and politically motivated.

In a separate letter issued Tuesday, a top Justice Department official accused Goodlatte of breaking from longstanding norms in the relationship between DOJ and Congress. His subpoena for records surrounding McCabe’s firing, the department noted, came less than a week after his ouster and without any negotiations that typically precede a subpoena.

In a letter to Goodlatte, Assistant Attorney General Stephen Boyd called it a “significant deviation” from past practices.

Boyd also indicated that Goodlatte’s request included demands for documents that include “highly sensitive law enforcement and national security” information. Another request, Boyd said, covered information protected by attorney-client privilege and other aspects of the GOP requests were already provided, he said.

Boyd indicated that the FBI had provided the committee in August 2016 — during a previous session of Congress — with a 32-page set of investigative documents about the Clinton probe.

He said the department continues to provide new documents ever 10 to 14 days, based on Goodlatte’s requests, and that the work to produce them includes scrubbing for grand jury information, privileged materials or other sensitive material related to ongoing investigations.

“We are expeditiously reviewing the remaining documents to determine whether they are responsive,” Boyd said. 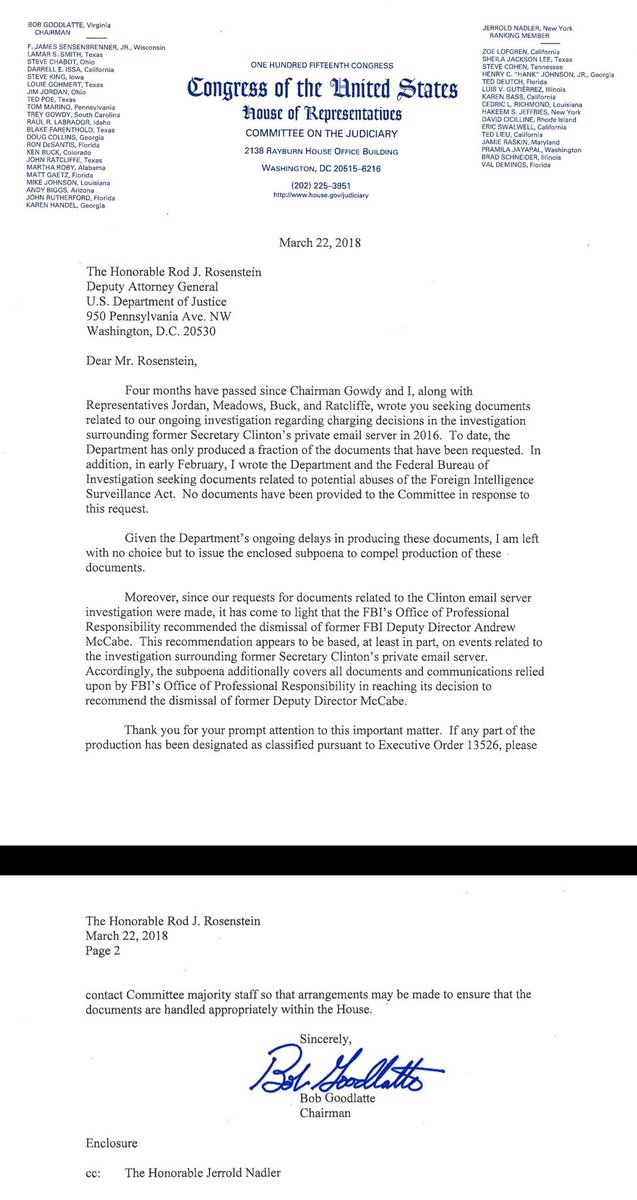 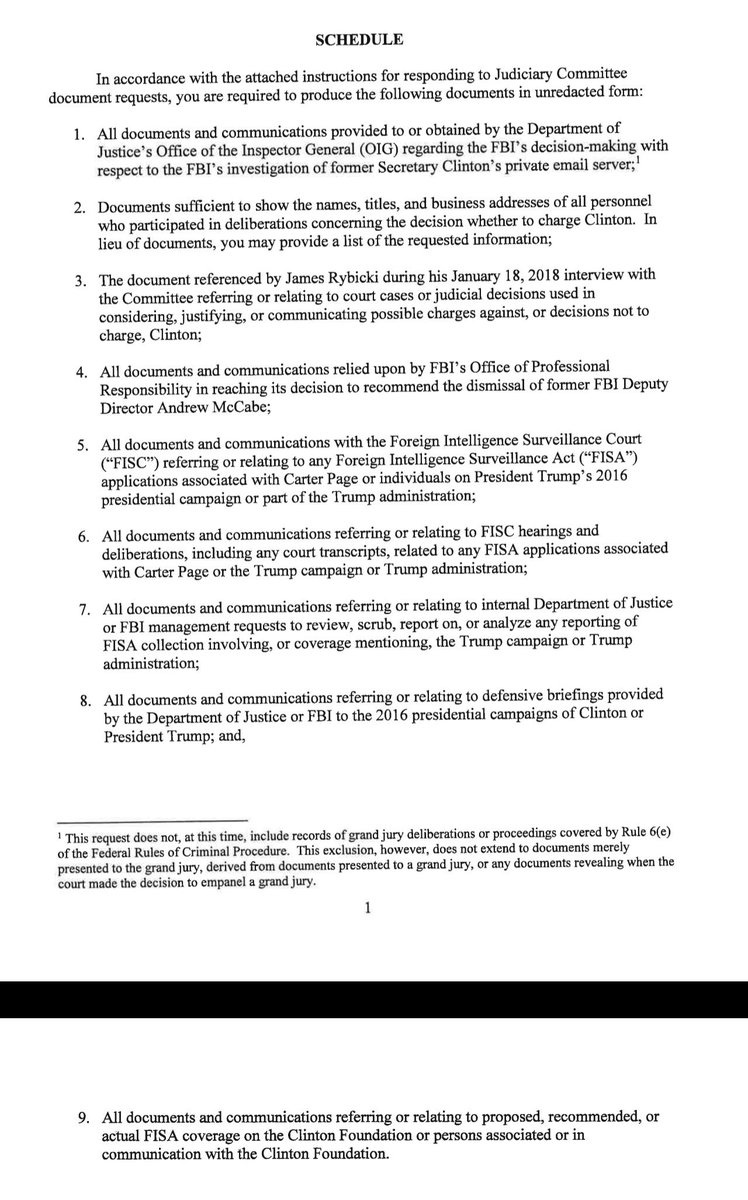