Several newly-elected Republican House members, including New York’s Nicole Malliotakis, have banned together to create a group they’ve dubbed the “Freedom Force” — to oppose “The Squad” of progressive Democratic congresswomen.“This group will give a contrast to the hard left,” Utah Rep.-elect and former NFL player Burgess Owens. Owens pledged that the new GOP band, made up of women and people of color, will work to protect small business-owners.At least eight incoming Republican lawmakers are in the group, including Reps.-elect Malliotakis; Michelle Steel of California; Stephanie Bice of Oklahoma; Victoria Spartz of Indiana; and Carlos Gimenez, Maria Elvira Salazar and Byron Donalds of Florida.

“We have different cultures, backgrounds, colors. But what we have in common is that we have a love for our country… and we’re going to make sure we stay free,” Owens said of the coalition.

Speaking on CNN’s “State of the Union” Sunday, Malliotakis mentioned “a natural alliance” was occurring between members of the freshman class.

“I think what you’re going to see is a group of individuals who are going to serve as a counterbalance to the values of the socialist squad,” Malliotakis said. 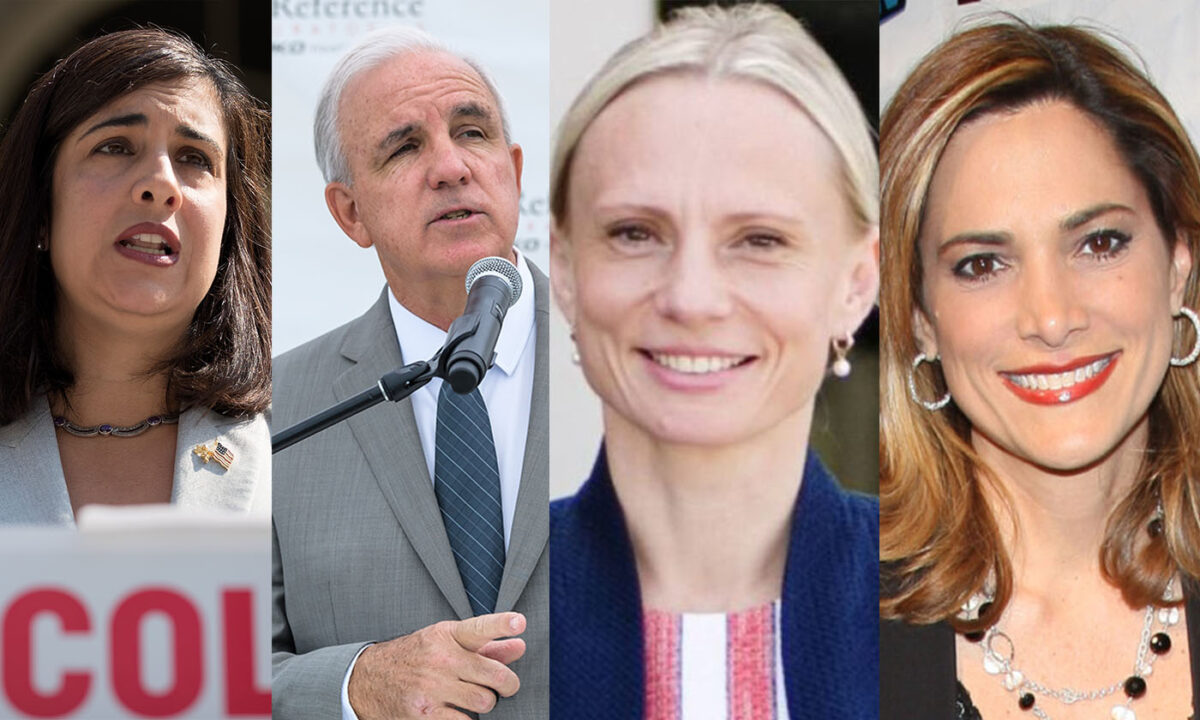 In part from WSJ: A quarter-century apart in age, Nicole Malliotakis and Michelle Steel are classmates. They’re both freshmen, Republicans who’ve won election to the House of Representatives for the first time. Each ousted an incumbent Democrat in a resolutely blue state—New York and California, respectively—where Joe Biden romped home in November. And each woman has a scathing view of the politics of the other’s state as well as of her own. They’re ready to scorn Govs. Andrew Cuomo and Gavin Newsom. As for Mayor Bill de Blasio, Ms. Malliotakis, a state assemblywoman from New York City, practically combusts at the mention of his name.

“I think our leaderships are competing with each other to be the most radical. They keep getting bad ideas from each other,” says Ms. Malliotakis, 40, who will represent New York’s 11th Congressional District, comprised of the borough of Staten Island and parts of Brooklyn.

“The leadership is trying to make these states into Third World countries,” Ms. Steel, 65, responds. She is a member of the Orange County Board of Supervisors, a local legislative body, and representative-elect from California’s 48th District, a beachy slice of the county. In Washington for a freshman orientation, including a lottery for office space, the two talk to me by Zoom from their hotel rooms near the Capitol.

Both are robust proponents of low taxes and limited government. “Life, liberty and the pursuit of happiness,” Ms. Malliotakis says: “The government should provide an environment for that—and then get out of the way.” Ms. Steel—who was born in South Korea and came to the U.S. at 19—confesses to drawing her earliest political beliefs from her mother’s experience as a clothing-store owner in Los Angeles. “I saw that my mom was harassed—really harassed—by a tax agency, the State Board of Equalization,” she says. “And you know what? I decided that the Republican Party’s ideology is much better for small-business owners. They need less regulation and smaller taxes.” Her first foray into elective politics was a successful run for the Board of Equalization in 2007.

Both say the Democratic Party made a special effort to hobble Republican candidates who were women or minorities. “Speaking with some of the other new members of the House,” Ms. Malliotakis says, “I think Nancy Pelosi and the Democrats really, really went after us. They didn’t want the Republicans to have representation.” They wanted, she says, “to monopolize women and minorities.” Ms. Steel recounts that her opponent insinuated—“because I have an accent”—that she was “a communist agent related to China.” Suppressing a giggle, she notes that her parents fled communist North Korea to the south during the Korean War. “I don’t even speak Chinese,” she adds. “I speak Japanese and Korean.”

Ms. Malliotakis’s mother also fled communism—Cuba in 1959, when she was 16. After a brief spell in Spain, she came to the U.S., where she met and married a man who ran a Greek restaurant in Manhattan. This imprint of her mother’s flight is part of the reason she is a “passionate opponent” of Rep. Alexandria Ocasio-Cortez, a fellow outer-borough New Yorker and self-described socialist. In opposition to “the Squad”—the nom de guerre of Ms. Ocasio-Cortez’s far-left cohort—Ms. Malliotakis started her own small group of congressional freshmen, the “Freedom Force.”

‘There’s four of us,” she says, “who on the first day bonded very quickly because we shared very similar circumstances.” She names the others: Carlos Gimenez, Cuban-born, and Maria Salazar, the daughter of Cuban-refugee parents, both from Florida; and Victoria Spartz from Indiana, born in Ukraine, who came to the U.S. at 22. “I guess you could say,” Ms. Malliotakis says, “that we’re the founding members.” But she’s certain that “others within the freshman class who are supportive of freedoms and liberties” will join them.

Ms. Steel adds promptly that she’s “going to work with them.” The Squad, Ms. Steel says, “including AOC, are totally out of line. I want to conserve what we have in this country for future generations. I have a grandson who is 15 months old.”

Ms. Malliotakis concurs. “For me, socialism is personal. We’re going to fight back vehemently when we see policies being proposed that will fundamentally change our nation.” She adds that Mrs. Pelosi faces a choice: “Is she going to work with us in a bipartisan way, to accomplish things? Or will she empower the socialist Squad and kowtow to them?”