Several lawsuits have challenged the current law, alleging it’s discriminatory and unconstitutional. The Supreme Court declined to hear a suit brought by the National Coalition for Men challenging the male-only draft in June.

Last year, a committee created by Congress recommended that women be included in the draft and in 2019 a federal Texas judge ruled that the all-male draft is unconstitutional. The Supreme Court passed on a case questioning whether the draft is constitutional last month on the grounds that the issue would soon be addressed by Congress.

“I actually think if we want equality in this country, if we want women to be treated precisely like men are treated and that they should not be discriminated against, we should be willing to support a universal conscription,” said Rep. Jackie Speier (D-Calif.), chair of the House Armed Services Military Personnel Subcommittee. Speier tried to persuade the House to include the provision in 2017.

Analysis published by the Pew Research Center in 2019 shows than fewer than one-third of the world’s countries draft people into militaries. Of 60 countries found with active conscription programs, only 11 were confirmed to draft men and women. source 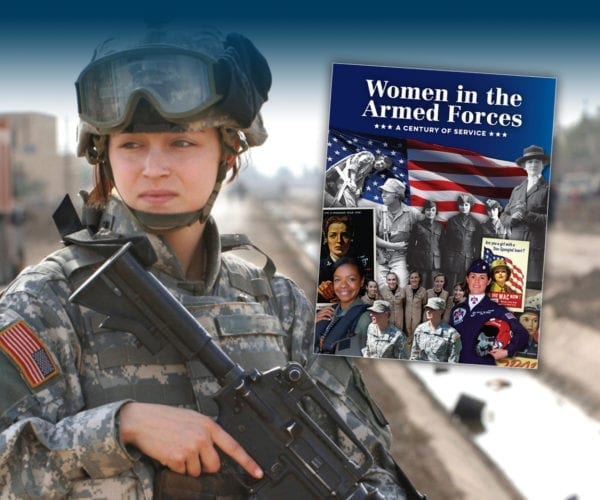 Source: The congressional debate about “Draft Our Daughters” legislation—whether Selective Service should include young women in registration for a possible future draft—has taken a new and disturbing turn.

For clarity, consider President Joe Biden’s unilateral imposition of unprecedented COVID shot mandates on millions of Americans. Signing executive orders affecting private employers and individuals without congressional authorization, Biden announced with a grimace, “This is not about freedom or personal choice.”

Even for vaccination advocates, Biden’s use of a public health emergency to expand big government power smacks of tyranny. Now consider this: What if Congress authorized even more executive power for use during another type of emergency—one involving national defense?

We could find out, too late, if Congress approves a pending defense bill that would authorize Selective Service registration of both men and women for reasons that have never justified conscription before.

On September 1, five misguided Republicans joined with all but one Democrat on the House Armed Services Committee to approve an amendment that Rep. Chrissy Houlahan, D-Pennsylvania, sponsored for addition to the National Defense Authorization Act (NDAA) for 2022.

The Houlahan amendment would authorize Selective Service registration and possible conscription of all “citizen(s),” including women, “[To ensure] adequate personnel with the requisite capabilities to meet the mobilization needs of the Department of Defense during a national emergency and not solely to provide combat replacements” (emphasis added).

This is a blank check that the full Congress must not sign. If enacted in law, Pentagon bureaucrats would be empowered to interpret and stretch the open-ended provision beyond anyone’s expectations or imagination. The fact that such a radical, unjustified change is being made without hearings, public debate, or informed national discussion is unconscionable.

There are few reasons the federal government may restrict personal freedom. From World War I until today, the purpose of a Selective Service draft always has been to provide replacements for soldiers fallen in battle during a nation-threatening war.

The goal is military readiness, not “equity” between the sexes. The Supreme Court has upheld the constitutionality of this limited purpose, which the Houlahan amendment would acknowledge for the first time by summarily erasing it.

Even with the new language, however, nothing would preclude a draft to conscript equal numbers of minimally qualified men and women to fight in a future war. Persons in the Selective Service pool would be sent to units where the need is greatest, such as the infantry.

Induction of women for purposes of “equity” would jam the induction system and slow mobilization due to physical differences that are not going to change. According to scientific research done by the Marine Corps, men are stronger, faster, less likely to be injured, and more likely to complete combat missions.

Ignoring the disconnect between egalitarian theories and physical realities could cost lives and weaken national defense at the worst possible time. More complications could ensue because, as we have seen in recent months, “national emergency” is an ill-defined term.

Biden Secretary of Defense Lloyd Austin, for example, has redefined Defense Department needs to include “climate change.” Austin also began his term in office with military-wide stand-downs to obsess about “extremism” in the ranks with a “woke” bias against non-minorities.

Joint Chiefs Chairman General Mark Milley and Navy Chief of Naval Operations Admiral Michael Gilday have vigorously defended divisive and demoralizing “critical race theory” (CRT) instructions and reading lists. In addition, all branches of the service are pursuing racial and gender quotas in pursuit of “Diversity as a strategic imperative.”

The Houlahan language is broad and elastic. Selective Service for purposes separated from combat would justify almost anything to meet Defense Department “emergency needs.” Unelected, faceless Pentagon bureaucrats could cite such a law to pursue more social agendas and to establish nationwide, mandatory databases collecting all sorts of personal and private information from young men and women between the ages of 18 and 26.

Houlahan’s redefinition of Selective Service is not out of the blue. It repeats word-for-word Section 401 (Title IV) of the grandiose “Inspire to Serve Act,” which the $45 million, three-year National Commission on Military, National, and Public Service set forth in its 2020 Final Report.

The commission’s 388-page Legislative Annex recommended that the purpose of Selective Service be changed to something other than “combat replacements” –– the phrase used in a U.S. Senate report that the Supreme Court upheld as constitutional in its 1981 Rostker v. Goldberg landmark decision.

Such a change would be an incremental, possibly irreversible step in the direction of Universal National Service, coordinated by the commission’s recommended Council on Military, National and Public Service. This cabinet-level council would be empowered to commandeer the lives of young people, employing a combination of financial carrots and punitive sticks, for purposes of the government’s choice.

This is not about freely chosen volunteer activities in one’s own community. Congress is about to pass a monumental change with no thought given to what the blank check would cost America in terms of personal freedom and a strong national defense.

Congress must apply the brakes. There is no compelling reason to “Draft Our Daughters,” since we know women have always volunteered to serve and will do so again. This is a matter of national security, not “men’s rights” or “women’s rights.”

As leading pro-defense and pro-family groups have stated in a united message to Congress, the National Commission disregarded credible research discrediting the theory that great numbers of average female draftees would be the physical equals of average male draftees.

The commission did not make the case for changing the purpose of Selective Service, or for its imperious plans to replace Americans’ Presumption of Freedom with a Presumption of Service directed by Big Government. Instead of rubber-stamping an unprecedented expansion of bureaucratic power, Congress should reject blank-check Draft Our Daughters legislation and show true respect for women by taking this issue seriously.

Posted in Biden administration, Citizens Duty, Department of Defense, DOJ, DC and inside the Beltway, Military, The Denise Simon Experience.