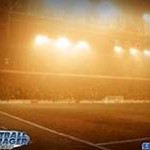 Romney took the defensive position of a free safety and scored a pick 6 play for the entire 90 minutes of play. Barack Obama never had his eye on the ball in Denver, so what was the distraction? Some say that Obama never brought his “A” game, but I would argue he in fact did. The President has been on the field for four years but he has been looking to the stadium lights and neons for his whole term.

So, let us take a closer look at the playbook that the President has and for sure blew his play call and assignment.

1. Eric Holder is likely to step down as Attorney General at the Department of Justice due in part to the international incident born out of his team at the DoJ and ATF over Fast and Furious as revealed by Univision.

2. Hillary Clinton has quite possibly told her head coach, that is she not responsible for the ‘block in the back’ event that took place in Benghazi where we lost control over sovereign territory and four Americans were murdered.

3. The increasing threat of Iran to the entire Middle East as a total since the ‘take a knee’ option has failed as Obama’s foreign policy sanction agenda.

4. The embarrassment of Prime Minister Benjamin Netanyahu of Israel on worldwide television had to draw a cartoon of a Wiley Coyote bomb to explain at the kindergarten level the terms of a red zone of our only solid ally in the Middle East.

5. Could it be Janet Napolitano is under coaching scrutiny and has been placed under the bench and behind the Gatorade cooler due to the DHS/Fusion Center scandal and she herself may turn in her shoulder pads and jersey?

6. The promise of play action where the purchase of the Illinois prison to house the enemy combatants from Guantanamo and those 50 from Afghanistan that we refuse to turnover to Karzai be a new locker room?

7. We cannot forget the White House mandate to the Labor Department to force the violation of the WARN Act, which is law with government contractors.

8. And is there likely a military mutiny occurring in Afghanistan over the green on blue attacks murdering our treasured soldiers? General Allen has been relieved of his command telling us that the play to run a flea flicker and escalate an early exit strategy than advertised as 2014 may have been announced over the PA system.

9. There has been radio silence with the booth over the fact that foreign hackers from the team Iran that hacked into the White House most sensitive system of nuclear codes and the punt team has been sent in.

In the end, Barack Obama sat on the sidelines as usual hoping that the coaching team of Jarrett and Axelrod would call a Hail Mary play would save his game. Team Obama is in financial trouble and all the top plays and coaching staff are idle to penalty flags all over the field. Romney is headed to the Super Bowl for 2012.