And CNN even reported this…and Congressman Cummings is Chairman of the House Oversight and Government Reform Committee….sheesh

A photo submitted to local Washington, D.C., blog Popville last week depicted a black Honda with a pink Lyft driver sticker on its window shield and the words “Maryland U.S. Congress 7-A” on its license plates.

So, which member of Congress drives @lyft in DC (Mt. Pleasant) on the side? cc @the42bus @PoPville pic.twitter.com/2yak0mnkbQ

Washington (CNN) No, that’s not Maryland Rep. Elijah Cummings driving for Lyft in his downtime. 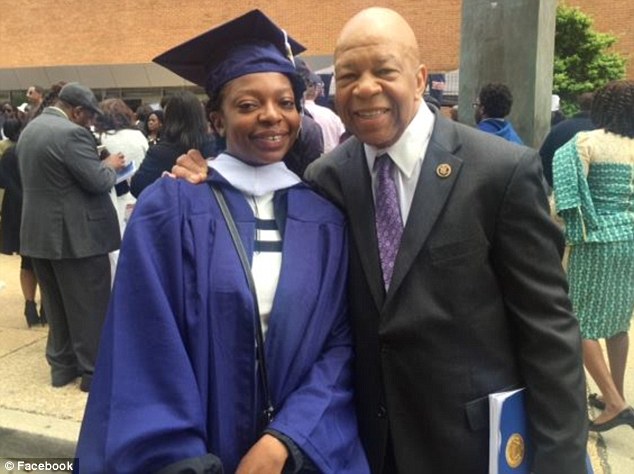 But his daughter, Adia, who borrowed her father’s car, may have made her passengers feel like VIPs since the black Honda she uses was sporting official congressional license plates.
Lyft is a company that provides rides to subscribers who summon a car to pick them up using an app on their phone.
The Washington Post first reported that Cummings did lend his car to his daughter, who was a student at Howard University.
Someone posted a picture of the car with a Lyft sticker on a D.C. blog called “Popville” and asked which member of Congress worked for the company. The picture showed the vehicle with Maryland plates that read “US Congress” and the number “7,” which designates Cummings’ district in Baltimore, and the “Reliable Sources” gossip column at the Post solved the mystery.
Cummings explained the situation in a statement to CNN.
“In an effort to earn some extra money to pay her expenses at school, she signed up for a part-time position with one of the ride-sharing companies. They, in turn, gave her a sticker to apply to the windshield of the car,” Cummings said.
The congressman, who is the top ranking Democrat on the House Oversight Committee and another panel investigating the attacks in Benghazi, says after he spoke with his daughter, the congressional tags have been removed. He took responsibility for the situation, saying, “I apologize for not having removed the license plate before loaning the vehicle to her.”
Cummings’ office told CNN that the Honda is a personal car, not one leased or purchased through his campaign or official office account.
According to Lyft’s requirements posted on their website, drivers must be 21 years old, have a smartphone and “must be a covered party on your car’s in-state insurance and have in-state license plates.” The website advertises that individuals can make up to $35 per hour with the company by signing up as a driver.
Lyft riders in D.C. can still be picked up by Adia, since Cummings isn’t taking the car away.
“My daughter has now graduated from Howard and I could not be more proud of her,” Cummings said. “I have told her she can continue to use my car while she pursues full-time employment.”

Posted in Citizens Duty, DOJ, DC and inside the Beltway, The Denise Simon Experience, Whistleblower.