It is with indisputable clarity that minions of the Obama administration are expanding the battlefield in America, which is a Cloward Piven strategy. Just this week did Hilary Rosen take up an assault on Ann Romney, diminishing her value and worth as a woman, a mother and a wife simply over the fact that Ann Romney does not have a job which earns a paycheck. It was a scud missile hit to not only Ann but to all non-paychecking females since they dont contribute to commerce, no, rather capitalism, which is most hypocritical of the whole battleground. Ann and Mitt Romney raised several successful sons, Ann battled cancer herself and suffers from Multiple Sclerosis.
Perhaps in Hilary Rosen’s busy schedule as a corporate capitalist she forgets that it is the wife and the mother that hires re-modeling contractors, the babysitters, the repairs to the home, that volunteers and is subject to spending based on household income. It is the female that multitasks with laundry, assisting in school work and teachers and car-pools. It is the mother who buys the greeting cards and gifts and does the wrapping to boot. It is the lady of the household that cleans, cooks and shops. Hilary Rosen bought into the liberal battle vortex of the Obama administration which is lead by Valerie Jarrett, who received Rosen more than 30 times for White House visits. What is more curious is Valerie Jarrett, Iranian born, is not only the Senior Advisor and confidant to Barack and Michelle, a long, long time friend, but she was a slumlord in Chicago, so much so the property was lost and condemned. Jarrett is a socialist and most of all she is the Obama Czar for Office of Urban Affairs and the White House Council on Women and Girls detailed in Executive Order # 13506.
As for Hilary Rosen, she found her arrogance and self inflicted worth by rubbing shoulders with self proclaimed movers and shakers. Hilary is the Editor-at-Large for the Huffington Post, she is the co-founder of Rock the Vote, the Chairman and CEO of Recording Industry of America. She has been paid well as especially so by British Petroleum as the hired consultant to lead the PR and communications after the disastrous Gulf Spill. One of Hilary’s martini buddies is Anita Dunn of ‘two of my favorite people are Mother Teresa and Mao Tse Tung’ fame. Anita Dunn was another Czar under Obama and left for other pursuits as did her husband, who was the long time legal council for Barack Obama before his assumption of the White House and for the next two years. The largest objective of Anita’s husband, Robert Bauer, lawyer was to stone-wall all the requests and demands for Obama’s personal history, like his college transcripts and what passport was used to travel to Pakistan.
Every person out there today had/has a mom and with that, the best defense is a good offense against Rosen and her like-minded friends, those being Debbie Wasserman Schultz and Anita Dunn. The Obama administration pays women 18% less than men within like payscales. Jay Carney, the White House Press Voice touts that Barack Obama is the only president that has taken positive measures to prove a female’s worth and value by passing the Lily Ledbetter Law, yet the paychecks for women under his regime reveal otherwise.
This attack on women is an additional war the White House and its crony operatives have waged in three years, they defined it, they launched it and they are owning this failure like some many that have been executed.  In the end, Hilary Rosen, the White House, Anita Dunn and Valerie Jarrett are duds in the war, much like the failed North Korea missile launch, failed between the launch and phase 1.
See Hilary Rosen fail in her back-step here 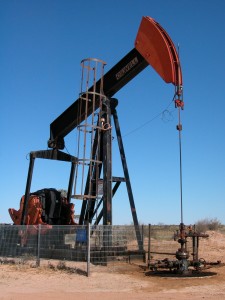 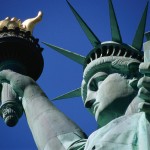