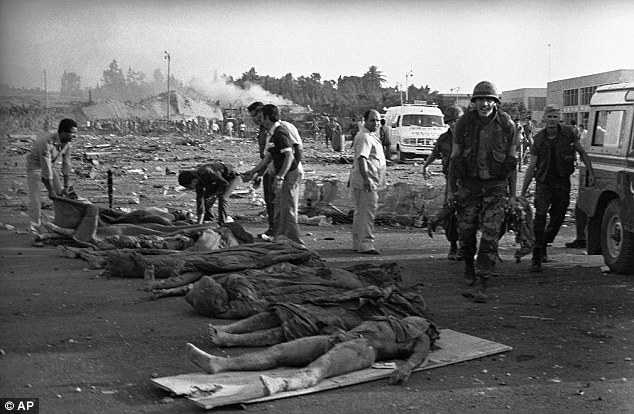 The bombing of the Marine barracks in Beirut still reverberate today. In a Congressional hearing in 2015, Iran’s role was included.

Secrets of the 1983 Beirut Bombings: The role of Iran’s IRGC

The 1983 double bombing in Beirut, the capital of Lebanon, left 241 American service members, 58 French military personnel and six civilians killed, alongside hundreds of others injured.

21 years later in 2004 Iran’s Revolutionary Guards (IRGC) unveiled a “monument” in “honor” of that terrorist attack.

This “memorial” column, installed in a section dubbed “Martyrs of the Islamic World” in Tehran’s Behesht-e Zahra Cemetery, carried a very vivid message: Iran’s IRGC was behind the 1983 blast targeting the peacekeeping force in Beirut.

34 years have passed since that attack and today the IRGC has been designated a terrorist organization by the US Treasury Department. Such a measure deserves praise, yet is long overdue.

On October 23 of that year a suicide bomber drove a water tanker into the US Marines barracks and detonated around 1,000 kilograms of explosives (equal to 15,000 to 21,000 pounds of TNT), transferred with large trucks into buildings where the Multi-National Forces in Lebanon were stationed.

The United Nations was involved in a broader peacekeeping mission to bring an end to the Lebanese civil wars. The Islamic Jihad, an Iranian offspring terrorist group, claimed responsibility for the attacks.

In line with its pillar policy of exporting terrorism and warmongering across the Middle East, one of Iran’s first objectives was to launch a central command base for the IRGC and its local mercenaries in Lebanon. These elements were initially dispersed in towns and villages of the Baalbek area in eastern Lebanon near the border Jordan. 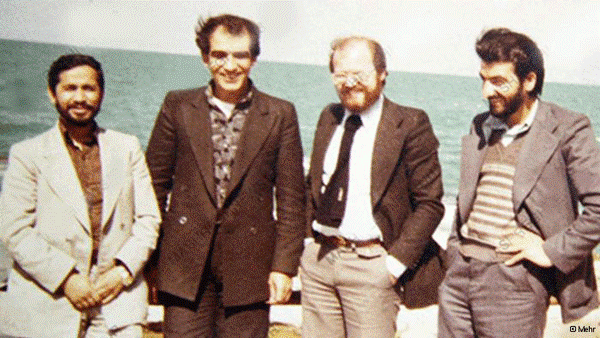 With support provided by the IRGC and under the command of former defense minister Hossein Dehghan, the Lebanese Hezbollah took over the Sheikh Abdullah Base in early September 1983. This site was the main center of the Lebanese Army in Bekaa Valley, and was later renamed Imam and transformed to become the IRGC’s main command center in Lebanon.

From this very site the IRGC controlled Hezbollah militia units and directed the Beirut bombings alongside senior Hezbollah commanders, most specifically the known terrorist Imad Mughniyah.

The orders for the Beirut bombings were first issued by the IRGC to Ali Akbar Mohtashemipour, Iran’s then ambassador to Syria. He then relayed the orders to IRGC units stationed in Beirut under Dehghan’s command.

The Islamic Jihad organization was in fact a special ops branch. Until its final days in 1992 this entity was jointly commanded by the Lebanese Hezbollah and IRGC.

Following the Beirut bombings France began aerial attacks in the Bekaa Valley targeting IRGC-linked bases. The US responded to these terrorist attacks by planning raids on the Sheikh Abdullah Base where the IRGC was training Hezbollah militias.

On July 20th, 1987, Iran’s Resalat daily wrote the Beirut bombings citing Rafiqdoust, “… both the TNT and ideology behind the attacks that sent 400 American officers and soldiers to hell in the U.S. Marines command base in Beirut came from Iran.” 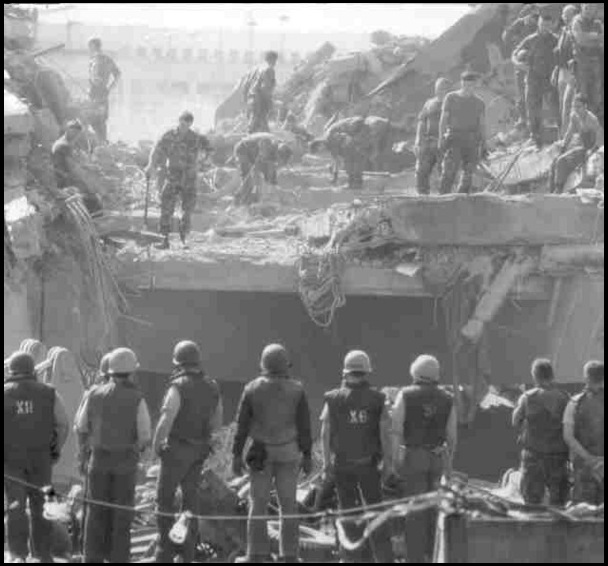 34 years have passed since that attack and today the IRGC has been designated a terrorist organization by the US Treasury Department. (Supplied)

On August 14th, 2005, World Net Daily wrote in this regard: “…Two years ago, a US federal court order identified the suicide bomber as Ismail Ascari, an Iranian national.”

There should be no feeling of positivity in response to terrorist attacks, no matter where in the world. Terrorism is terrorism.

Yet the Iranian regime follows no such standards.

“…Two massive explosions, six minutes apart, levelled the US Marines command center and the interventionist French forces command base … The heroic reaction… against US and French bases in Beirut delivered a heavy blow to Western powers and forced them to leave Lebanon in a humiliating manner.”

“A US federal judge has ordered Iran to pay more than $813 million in damages and interest to the families of 241 US soldiers killed in the 1983 bombing of a Marine barracks in Lebanon,” according to Agence France-Presse.

“After this opinion, this court will have issued over $8.8 billion in judgments against Iran as a result of the 1983 Beirut bombing,” Judge Royce Lamberth, presiding over this case, wrote in the ruling.

In late April of last year Iran’s state-run Javan daily, said to be affiliated to the IRGC, wrote:

“In 2003 relatives of the US Marines killed in Lebanon’s terrorist bombings 30 years ago, successfully gained the opinion of a U.S. appeals court to receive compensation from Iran. Four years later, in 2007, a U.S. federal court issued an order demanding this payment be extracted from Iran’s frozen assets.”

In September 2013 a US federal court in New York presided by Judge Katherine Forrest ruled in favor of the families of the Beirut bombings victims.

On April 20th, 2016, America’s highest court ordered $2 billion dollars from Iran’s blocked assets to be extracted and used to pay the families of the Beirut bombings victims. Enjoying 6 votes in favor in the face of two against, this order was adopted despite Iran’s Central Bank request for an appeal.

For more than thirty years the curtains have gradually fallen and the true face of Iran’s IRGC, as a source of support for terrorism, has become crystal clear. Rest assured the footprints of this notorious entity will be found in more crimes inside Iran, around the Middle East and across the globe.

This is further proof of the necessity of strong measures against the IRGC as the epicenter of Iran’s war machine.

Utter belligerence has been Tehran’s offspring for four long decades. The time has come to say enough is enough.

The victims of the 1983 Beirut double bombings, and literally the millions of others who have perished due to Iran’s policies, should know their blood was not shed in vein.