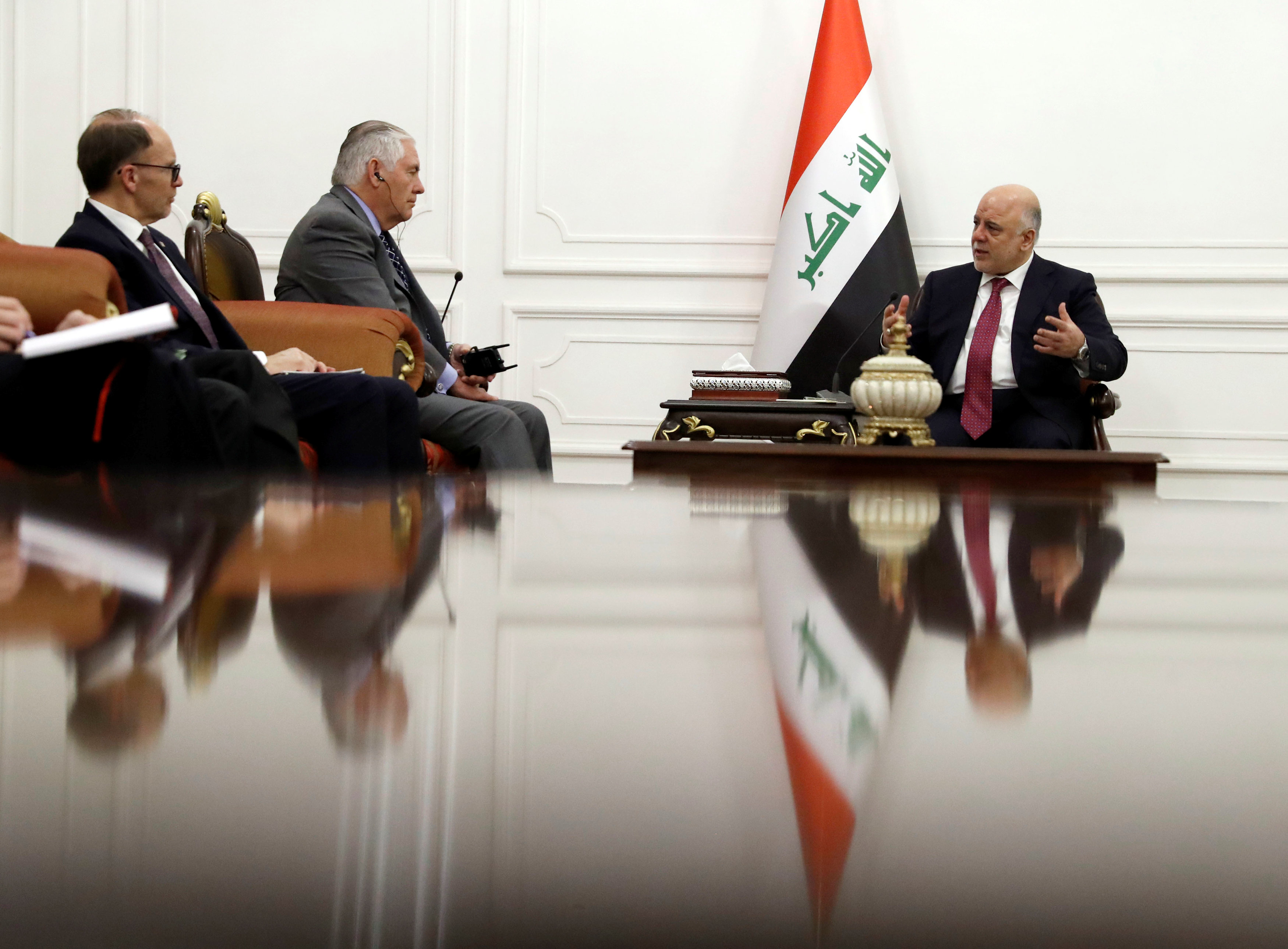 Earlier today, Iraqi forces backed by Iranian-backed Popular Mobilization Units (PMUs) launched an offensive in the Zummar district of northern Ninewa governorate at the same time they launched an offensive on Islamic State positions near the border town of al Qaim. Reliable casualty counts have not been given yet, but fierce fighting and shelling has been reported by both sides.

The Kurdistan Region Security Council (KRSC) tweeted this morning that “Iraqi forces and Iranian-backed Popular Mobilization Units began an unprovoked, four-pronged assault on Peshmerga positions in north west Mosul.” The statement also claimed that three tanks, five US-made Humvees, and one armored personnel carrier have been destroyed by the Kurdish forces so far. Simultaneously, clashes between Peshmerga and PMU forces were reported near the town of Faysh Khabur near the border with Syria.

An Iraqi official speaking to Al Hayat confirmed the clashes took place, adding that they “resulted in a number of death and wounded among the Peshmerga.” Rudaw, a Kurdish news site, has reported at at least one Peshmerga commander has been killed by shelling near Zummar, while relaying that Peshmerga forces also destroyed one US Abrams tank. PMU forces also reportedly captured the town of Makhmour in Erbil after Kurdish forces withdrew, but that remains unconfirmed.

The KRSC statement said that the PMU forces involved in the operations included the Badr Organization, Kata’ib Imam Ali, and Harakat al Nujaba. All three are key Iranian Revolutionary Guards Corps (IRGC) proxies in the region. Social media pages affiliated to Badr and Kata’ib Imam Ali confirmed they are each taking part in the clashes. However, most news is being distributed by pages and individuals linked to Badr.

Abu Mahdi al Muhandis, the deputy leader of the PMUs, and Hadi al Ameri, the leader of the Badr Organization, as well as two important IRGC advisers, have reportedly been spotted in the area. A video uploaded on a pro-Iraqi military Twitter account also purports to show Muhandis in the area earlier today.

One affiliated page gave a rundown of where Badr units are being deployed in the offensive. According to the Facebook page, three of its brigades – the 3rd, 5th, and 10th – are being sent to the Faysh Khabur area, while the 4th brigade is being sent to the borders with the Erbil area of Iraqi Kurdistan.

Recent skirmishes between Iraqi and Kurdish forces have been linked to the Kurdish independence referendum, which the Kurdistan Regional Government recently announced it will freeze the results due to the fighting taking place in northern Iraq. The Kurdish announcement does not seem to have dissuaded Iraqi forces from continuing to recapture formerly Kurdish-held areas.

This is a blatant violation of the Iraqi Constitution which forbids the use of the army to settle political disputes.

It has destabilized some of the country’s safest areas, displaced over 150,000 individuals and created dangerous security vacuums.