Roughly 10 states and 100+ U.S. cities observe some version of Indigenous Peoples Day this month.
• Native American advocates have been working since the early 1990s to get states to make the swap, the AP reports.
From today: Columbus statues in San Francisco and Providence, Rhode Island, were vandalized with red paint, CNN reports.
• “Vandals had chained a sign to the base of the statue that said ‘Stop Celebrating Genocide’ and spray painted the word ‘Genocide’ on the monument.”

You can be sure this all began within the education system where U.S. history was taught using Howard Zinn’s book titled A People’s History of the United States. This book was full of lies and distortions that educators and faculty including higher education administrators never bothered to validate any claim he made. Now we have legislators at the state level that have bought into the same falsehoods.

In part from the Federalist:

Zinn died in 2010, but his work continues on through the Zinn Education Project that in September collaborated with the Smithsonian in offering credit-bearing “teach-in” classes on abolishing Columbus Day for teachers. On October 8 they mailed out a newsletter that lauded two states, Maine and New Mexico, and cities, such as Columbus, Ohio, and Alexandria, Virginia, that in the past year replaced Columbus Day with Indigenous Peoples Day. Also just joining the list are Washington, D.C. and Princeton, New Jersey.

The newsletter urged teachers to purchase and download their materials to lead students in lobbying their schools and cities to join the effort to “Abolish Columbus Day.”

“Celebrating Columbus means celebrating colonialism, celebrating racism, celebrating genocide,” the newsletter announced. Instead, “tribute” should be paid “to the people who were here first, who are still here, and who are leading the struggle for a sustainable planet.”

The political agenda is clear. Like Zinn himself, the project presents the American Indian as one amorphous mass embodying the stereotype of communistic pacifist feminists. It’s the “Usable Indian,” which at one time embodied the “savage,” but then in the 1960s the hippie. The Indian serves as proxy in the never-ending “struggle.”

Truth be told, as an explorer, Columbus made four trips, never reaching what is known as America or any part of the mainland. In 1492, Columbus reached the Bahamian islands, arriving in San Salvador.

He sailed around the islands such as Hispaniola and Dominican Republic. He soon departed leaving behind a handful of crew members. Arriving back in Spain, he had very little to offer the Queen. In 1493, he sailed again reaching Hispaniola finding the settlement destroyed and ordered it rebuilt. He did gift the Queen about 500 slaves and she was horrified ordering them to be returned. In 1498, sailing again reaching Trinidad and the South American mainland. Here there was a bloody revolt and Spanish authorities sent a new governor to take over.

There was one more trip in 1502. This time he reached what is known as Panama. Due to major storms there was such damage to two of his four ships, two had to be abandoned. He returned once again to Spain, for the most part again empty handed and he died in 1506.

He kept a journal which he gifted to the Queen. 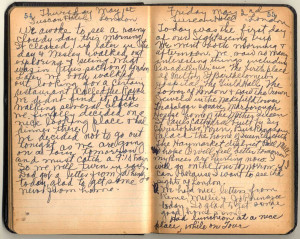 In all of the travels and in the end, the result was in fact more open trade between Spain and Latin America in goods such as wheat, coffee, sugar, corn, tomatoes and potatoes.

Ever wonder if the part about successful trade entered any part of the studies of Columbus?