Syria’s Foreign Minister, Walid al-Moualem, told the United Nations General Assembly on Saturday that the country was ready for the voluntary return of refugees who fled during the conflict.

“We welcome any assistance with reconstruction from those countries that were not part of the aggression on Syria,” said al-Moualem, who is also the Deputy Prime Minister.

“The countries that offer only conditional assistance or continue to support terrorism, they are neither invited nor welcome to help.”

He said the conditions were fine for them to return, and he blamed “some western countries” for “spreading irrational fears” that prompted refugees to stay away.

“We have called upon the international community and humanitarian organizations to facilitate these returns,” he said. “They are politicizing what should be a purely humanitarian issue.”

The United States and the European Union have warned that there will be no reconstruction aid for Syria until there is a political agreement between Assad and the opposition to end the war.

UN diplomats say a recent agreement between Russia and Turkey to set up a buffer zone in the last major rebel stronghold of Idlib has created an opportunity to press ahead with political talks.

The Russian-Turkish deal averted a large-scale assault by Russian-backed Syrian forces on the province, where three million people live.

Moualem however stressed that the agreement had “clear deadlines” and expressed hope that military action will target jihadists including fighters from the Al-Qaeda-linked Nusra Front, who “will be eradicated.”

UN envoy Staffan de Mistura is hoping to soon convene the first meetings of a new committee comprised of government and opposition members to draft a post-war constitution for Syria and pave the way to elections.

Moualem laid out conditions for the Syrian government’s participation in the committee, saying the panel’s work should be restricted “to reviewing the articles of the current constitution,” and warned against interference.

Syria calls on US, French, Turkish forces to withdraw immediately

Syria’s foreign minister also denounced US, French and Turkish forces operating in his country as “occupying forces” and demanded that they leave immediately.

Moualem said the foreign forces were on Syrian soil illegally, under the pretext of fighting terrorism, and “will be dealt with accordingly.”

“They must withdraw immediately and without any conditions,” he told the assembly.

Meanwhile, as we don’t know the real number of Syrian refugees in the United States, it is estimated to be in the 20-30,000 range. But then there is the matter of Iran…. the fear of return remains. What is there to go to after 7 years of civil war? 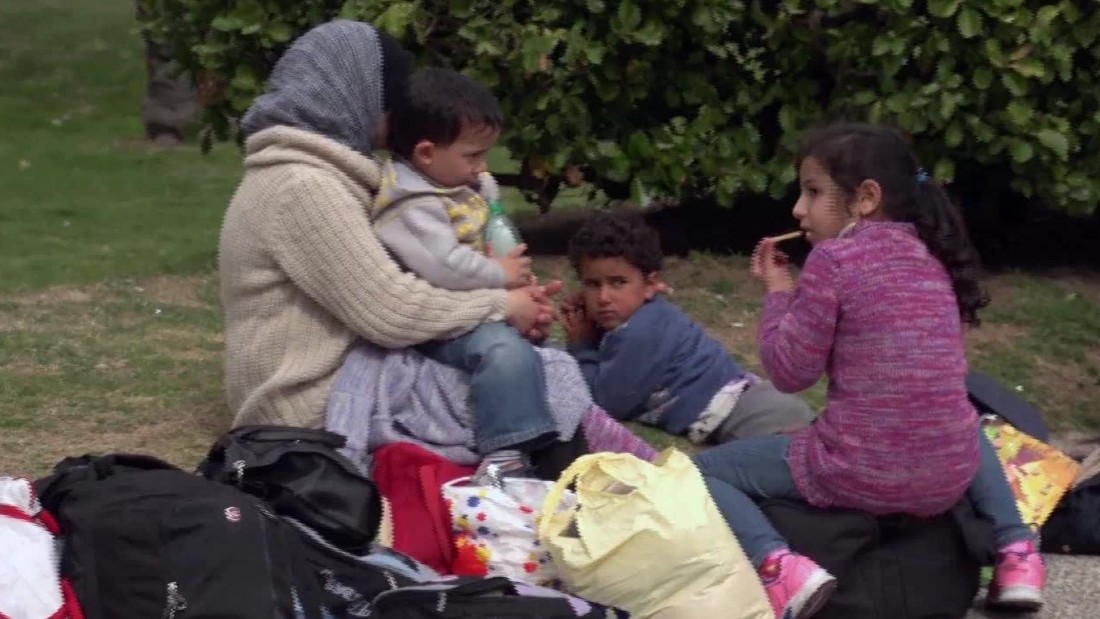 Iran’s Islamic Revolutionary Guard Corps fired six ballistic missiles into eastern Syria on Monday. The strike — whose efficacy is debatable — was in response to a Sept. 22 terrorist attack on a military parade in the city of Ahvaz in southwestern Iran. Both the Islamic State, or ISIS, and a local Arab resistance group took responsibility for the attack.

Why it matters: The missile strike — allegedly coupled with bombardments from unmanned aerial vehicles — targeted the town of Hajin, near the Iraqi border. Likely because of the proximity of the strike to U.S. and coalition forces in the region fighting ISIS, a U.S. military official reportedly called the strikes, “reckless, unsafe and escalatory.” According to the spokesperson for the U.S.-led coalition against ISIS, Iran also did not issue advance warning.

Counting all reported flight tests and military operations, Iran has launched as many as 39 ballistic missiles since agreeing to the nuclear deal in July 2015.

What’s next: A high-ranking Iranian military official claimed the missile strikes were only the “first phase” of Tehran’s broader response to the attacks. Despite pointing a finger at the U.S. and its regional partners, Iran has thus far chosen to target only ISIS.

The bottom line: In addition to displaying Iran’s missile capabilities and confidence in its missile force, these strikes indicate that Iran’s threshold for the use of ballistic missiles in military operations against foreign targets is decreasing. This means ballistic missiles will likely play a greater role in Iran’s engagements in the Middle East, making it harder to contain and deter Tehran in the region. Hat tip.