Despite the Islamic State’s loss of territory in Iraq and Syria, an increasingly diffuse Salafi-jihadist movement is far from defeated.

This report constructs a data set of groups and fighters from 1980 to 2018, including from the Islamic State and al-Qaeda. It finds that the number of Salafi-jihadists in 2018 declined somewhat from a high in 2016, but is still at near-peak levels since 1980. 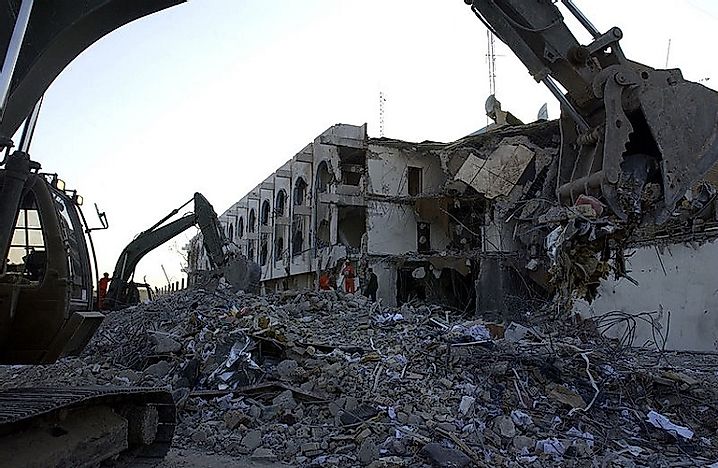 These findings suggest that there is a large pool of Salafi-jihadist and allied fighters willing and able to use violence to achieve their goals. Every U.S. president since 9/11 has tried to move away from counterterrorism in some capacity, and it is no different today. Balancing national secu­rity priorities in today’s world needs to happen grad­ually.

For the United States, the challenge is not that U.S. officials are devoting attention and resources to dealing with state adversaries like Russia, China, Iran, and North Korea. These countries present legitimate threats to the United States at home and abroad. Rath­er, the mistake would be declaring victory over ter­rorism too quickly and, as a result, shifting too many resources and too much attention away from terrorist groups when the threat remains significant.

Developing national security is more an art than a science, especially when trying to prioritize among a range of important issues. A high school student experimenting with weights on a scale finds that taking off mass from one side too quickly—or adding too
much mass to the other side—will cause the scale to lose its balance. Indeed, balancing U.S. national security priorities in today’s world needs to happen gradu-
ally. The challenge is not that U.S. officials are devoting attention to deal with state adversaries like Russia, China, Iran, and North Korea. These countries present
legitimate threats to the United States at home and abroad. Rather, the mistake would be declaring victory too quickly against terrorism—and then shifting too many resources and too much attention away when the threat remains significant. A significant withdrawal of U.S. special operations forces, intelligence operatives, intelligence resources, and development and diplomatic experts for counterterrorism in key areas of Africa, the Middle East, and South Asia would be unnecessarily risky.