The twenty-third Secretary of the Defense is Leon Panetta coming from a long career in politics and continues to play that game in this current role. Panetta had ‘slim to none experience’ when it came to his lead role at the Central Intelligence Agency, so little in fact that Senator Dianne Feinstein was in full opposition to his confirmation hearing.
As an Italian-American, Panetta finished his formal education as a lawyer and practiced law for six years before he formally entered politics as a Republican, but later moved to the other side in 1971 while still in California. As his rise gained traction, Leon became a member of Congress where he fought against drilling for oil off the California coast as well as disarming American military power. He was also the Director of the Office for Civil Rights under Nixon, the Director of Office of Management and Budget and also moved to the White House as Bill Clinton’s Chief of Staff, but in his military service he was an Army 2nd LT. in military intelligence. His political tenure also included being Chairman of the House Committee of the Budget, Chairman of the Agriculture Committee and a Chairman for the Task Force on domestic hunger.
Married to Sylvia, they both founded the Leon and Sylvia Panetta Institute for Public Policy and Leon also stayed busy as an advocate for the Health of the World’s Oceans as commissioner for the Pew Ocean Commission. We now begin to see a pattern of legislation connections.

Still maintaining a full calendar, Panetta was the co-chair for Corporate Accountability and Listing Standards Commission for the New York Stock Exchange including being a Board member of the NYSE. So how is it that Bernie Madoff and Jon Corzine were able to extort billions of dollars and stay above the radar of the SEC and the NYSE? To round out some of his extra activities, Panetta was on the national board of review that investigates Catholic Church’s sex abuse scandals.
Sound all pretty good so far however, read on for the turn to the darker side. Two stellar gentlemen have authored some great research on segments of Leon Panetta’s friendship and their names are Trevor Loudon and Cliff Kincaid. This summary is not meant to rob their good work or plagiarize but rather to expand their reach and add to their discoveries. Loudon and Kincaid both provided tangible and factual evidence of Panetta’s associations with friends connected to the Communist Party that include Hugh DeLacy and Lucy Haessler. There are in fact formal tributes made to them in the Congressional record as introduced by Panetta in 1983 and 1984. (Newspaper article here for Congressional Record 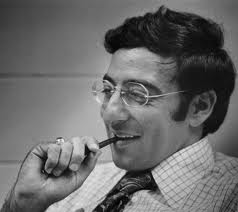 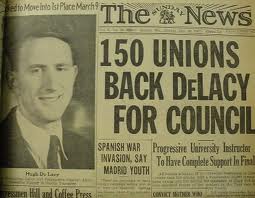 DeLacy had deep ties to Soviet spies while Lucy was a member of a Soviet front organization Women’s International Democratic Federation and the Women’s International League for Peace and Freedom. The State Department at the time cited that the WILPF was a Soviet front operation that Panetta supported. These groups went on to also defend the Soviet invasion of Afghanistan while strongly opposing the United States intermediate range ballistic missile installations in Western Europe. Lucy’s husband, Carl, worked at the Detroit United Auto Workers Union in the mid 60’s and was a member of the Socialist Party USA.
When Panetta ran for Congress in 1976, 2 Socialists devoted to his success worked on his campaign, Don Lane and John Laird. Laird was a member of the Democratic Socialist Organizing Committee. As a Congressman, Panetta had a voting record that was in complete opposition to Reagan and tendered votes that required continued foreign aid to the Sandinistas and for ceding the control for the Panama Canal among others that demonstrated his deep conviction to reduce and neutralized the United States world power status by reducing arms and nuclear weapons. Panetta introduced HR 2760 which included language to stop all resistance to communism in Nicaragua.
Panetta went on to collaborate with the Institute for Policy Studies  as did his wife Sylvia, who is still there, that among other things provided support for the Chilean Marxist and Cuban agent Orlando Letelier. The IPS is today still a subversive front for globalist think tankers that includes such trustees as Harry Belafonte and Jodie Evans of Code Pink fame. The IPS also has on its Associate Fellows roster, Ajamu Baraka who sits on the Board of the Center for Constitutional Rights  as well as another activist that works for the causes of ACORN.
Turning another page of his activities list, Panetta is involved with many outside organizations that include being a director of Bread for the World Institute, California Forward and the Close Up Foundation. The mission of the Bread for the World Institute  is to change up the domestic farm policy within government legislation for the benefit of third world countries and to the financial exploitation of American farmers. It should be noted that farm subsidies and child labor farm chore bills have been argued in recent weeks that are both to the detriment of our country’s farming industry. Secretary Panetta is also on the Advisory Board for Fleishman Hillard Inc. which is an international firm that is a public relations enterprise that handles scandal control and crisis communications. Part of their customer list includes unions, the Social Security Administration, banking, elections, lobby firms and big Pharma. Fleishman Hillard is also a political action committee fund-raiser for key candidates and legislative issues where in summary, generous checks accompany language for special interest groups on hundreds of ‘K ‘ streets. Panetta is just one of many high level access conduits for passing up the pipeline political talking points for the administration as actionable government mandates and lobby groups.
Panetta flies home just about every weekend to California where such trips have cost the taxpayers more than $800,000, while he has been only somewhat generous by reimbursing the Treasury $17,000. During these flights Panetta is reviewing government contracts, paying for $400 a gallon fuel due to closed supply routes to Afghanistan, retraining forces on the DADT mandate, closing military operations in 50 states and reassigning 9000 Marines from Okinawa to other AO’s and perhaps on the return flights he is transferring more agenda items from the IPC to K Street and through Congressional office doors. We are within an inch of war anywhere across the globe says Panetta  so it would be prudent to clear his calendar of communist and socialist collaborations and stick to the protection of American interests at home and worldwide.