Iran does not have the resources or infrastructure to compete, but they can cause chaos.

So, as the Democrats are predicting and wrongfully so the makings of the full military conflict with Iran, there just wont be one.

Iranians typically wont fight outside their own country and hardly would inside such that the fighters are desperate Arabs from all kinds of countries wiling to do so for any kind of paycheck. That is what Qassim Soleimani built with his political charm and promises.
This is not to say that the Supreme Leader of Iran along with his president Hassan Rouhani wont certainly continue with attacks and some terror targets, they will ensure that the new Quds leader Esmail Ghaani has his orders. Any more robust military action by Iran wont happen anytime soon but the West must prepare the potential battle-spaces and harden soft targets as well as collect all intelligence possible. The United States has for sometime collected information on Iran and the reach the country has across the globe including our homeland. We information share with Israel and where needed with other allies.

The death of Soleimani wont result in any ground war offensive. It would take on the normal uses of drones, short range missile launches and even counter-cyber measures. 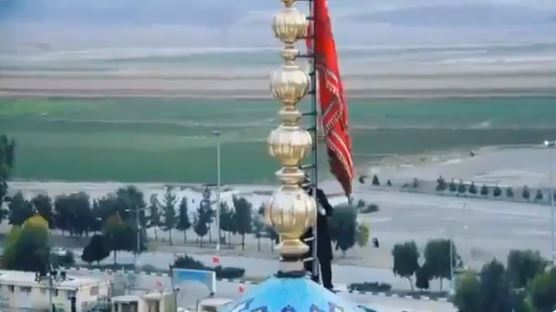 The United States does expect more attacks and Iran has leaked out a general list along with their hoisting of the ‘red flag’ which indicates war above the Jamkaran Mosque in Qom. The targets (35) can be anywhere that Iran has a footprint including Central and Latin America, Tel Aviv, Jordan, Lebanon, Syria, Lebanon, Cyprus, Thailand and even Africa. Military personnel, diplomatic staff and corporate civilian personnel have all been advised by both the U.S. State Department and the Department of Defense.

Based on previous attacks by Iran, they will likely continue to use limpets to strike oil tankers in the Straits of Hormuz. They may also use short or medium range missiles or drones to hit any of our naval fleet in the region including the Persian Gulf. Iran does have two classes of submarines, the Fateh Class and the Ghadir Class. The submarine fleet is a variation of Russian Kilo class ships equipped with Chinese EM-52 rocket assisted mines. Arming civilian fisherman with explosives such as those used to strike the USS Cole is an option. Iran does maintain anti-ship missiles launched from shore and it has a modest fleet of warships. Britain is said to ensure its commercial ships are escorted by at least two Royal Navy ships, the HMS Montrose and the HMS Defender.

Freighter ships and oil tankers are on alert for any of the above and have been given orders to report anything including waterway blockades.