The Office of Global Criminal Justice advises the Secretary of State on issues surrounding war crimes and genocide and helps form policy to address those atrocities.

According to FP, Tillerson’s office has told Todd Buchwald, the special coordinator of the OGCJ, he is being reassigned to the State Department’s office of legal affairs.  Read more... 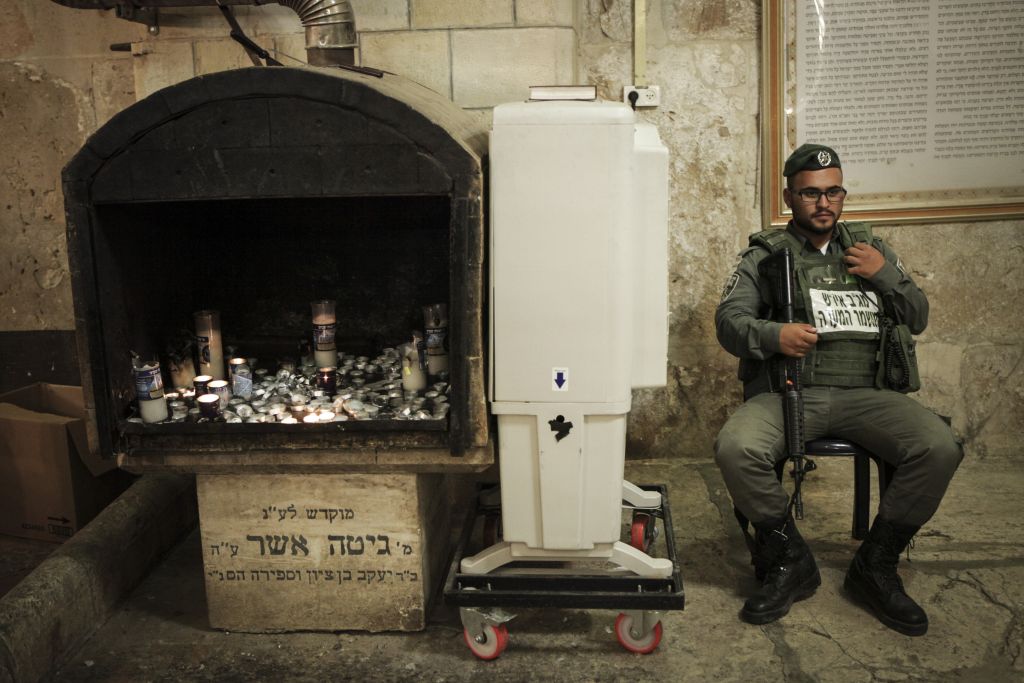 Israeli soldier guards at the Tomb of the Patriarchs in Hebron

You would think by virtue of a UN heritage committee known as United Nations Educational, Scientific and Cultural Organization, they would get history right. Israel has provided proof and historical evidence, where is that from the Palestinians?  Read more...

Hope and Guidance Through the Qur’an

Chicago Tribune: “ISNA’s Annual Convention is more than simply a coming together of the Muslim community,” said Azhar Azeez, ISNA President. “Our goal is to unite people across different faiths and backgrounds in the spirit of peace and better understanding. We hope the convention will be used as platform and catalyst for social change”, he added.  Read more...

GAZA CITY (Ma’an) — Amid an escalating conflict between Hamas and the Fatah-ruled Palestinian Authority (PA), a leaked and unconfirmed document obtained by Ma’an has noted that discharged Fatah leader and President Mahmoud Abbas’ political rival Muhammad Dahlan could be appointed head of Gaza’s government as a result of talks between Hamas officials and Dahlan in Cairo.

He was arrested 11 times by the Israelis and at one point fled to UAE.

MaanNews: The document, titled “A National Consensus Document for Trust-Building” details an agreement allegedly made between the Hamas movement, led by Hamas leader Yahya Sinwar, and Dahlan during Egyptian-sponsored talks when Palestinian officials established a political front to challenge the PA in coordination with Dahlan.
Dahlan, being a fierce former opponent of Hamas’ rule in Gaza following its success in the 2006 elections that threw Fatah and Hamas in a protracted internal conflict, seemed like an unlikely political ally for Hamas. Nevertheless, analysts have pointed out that the new relationship between the former enemies represents Dahlan and Hamas’ mutual rejection of the PA, led by Abbas in the occupied West Bank.
The document contains 15 articles focused on ending the issues of Palestinian reconciliation, including articles aiming to resolve issues of revenge or compensation that have arisen during Hamas and Fatah’s more than a decade-long feud.
According to the document, the talks agreed that Dahlan would be head of the government in the Gaza Strip, while Hamas would control Gaza’s Ministry of Interior.
The reports have not been confirmed by Hamas or Dahlan.
Hamas’ newfound relationship with Dahlan also received attention following Egypt’s decision to send millions of liters of fuel to the besieged Gaza Strip, after Israel, which has kept the territory under a crippling blockade for a decade, dramatically cut its power supply to Gaza, at the request of the PA which had decided to cut its funding of Israeli fuel to the coastal enclave.
Despite the PA denying the allegations, it is widely believed among Palestinians and international critics that the PA’s recent policies in Gaza are aimed at putting pressure on Hamas to relinquish control of the besieged coastal enclave and hand over the territory to the PA.
Dahlan, who while residing in exile in Abu Dhabi continues to hold political clout in the region, had reportedly persuaded the Egyptian government to send the fuel to the besieged territory in order to avert a full humanitarian collapse.
However, other reports stated that the fuel was provided to Gaza under an agreement that Hamas would work with the Egyptian government to deter militant activities in the Sinai, which Hamas has been accused of exacerbating by harboring militants in its territory. Hamas has consistently denied such allegations.
In the 1990s, Dahlan led a merciless crackdown on Hamas, rounding up thousands of Islamists who refused to recognize the legitimacy of the newly-created PA following the Oslo Accords.
But he fell from grace in June 2007 after the humiliating rout of his forces by Hamas fighters during days of fierce street battles in Gaza, when Hamas expelled Fatah forces from the territory.
Two years later, he returned to the political stage when he was elected to the Fatah central committee in August 2009.
But in December 2010, he was suspended from the committee which said it had set up a commission of inquiry to examine his finances and claimed he tried to set up a personal militia.
Dahlan was also accused by Fatah leaders in 2011 of poisoning the late Yasser Arafat.
In 2015, Dahlan made headlines once again when he called for integrating all Palestinian factions, including Hamas and Islamic Jihad, into the Palestinian Liberation Organization (PLO).
Dahlan has also called to end the PA’s widely criticized security coordination with Israel, and has said he now considers the Oslo Accords to be invalid.
International media has also reported plans by several Middle Eastern countries to buttress Dahlan as the next Palestinian president to replace his rival Abbas

President Trump’s son-in-law Jared Kushner meets with Israeli Prime Minister Netanyahu hoping for a breakthrough on peace talks between Israel and the Palestinians. After this session, Kushner goes to Ramallah to meet with Palestinian Mahmoud Abbas. This is the 50th anniversary of the 1967 Mideast war where Israel captured the West Bank, East Jerusalem and Gaza.

One of the big issues with the Palestinians is the construction of ‘settlements’ which this site takes extreme exception to that term. The other term used by the Palestinians which should never be accepted is ‘occupation’.  Read more...