I was just thinking about this old Obama administration program this week as it is a web tag it used years ago. Additionally, there was a time that Congressman Darryl Issa came to Clearwater to speak, an event I attended and he spoke on this disgusting program among other topics.  Read more...

How was it delivered? Classified. How do you put $1.3 billion on pallets and shrink wrap it and get it to Iran? Classified. We thought the $400 million was for ransom but now it appears it was ALL of it, $1.7 billion and Iran along with Russia coupled with the Iranian militia and Hezbollah will enjoy it all.

Fast and Furious, from the House Oversight and Government Reform Committee

Committee on Oversight and Government Reform

Last year, a study from Juniper Research, ‘The Future of Cybercrime & Security: Financial and Corporate Threats and Mitigation’, estimated that by 2019 the cost of data breaches will reach $2.1 trillion – four times the total expected for 2015. The average cost of a data breach is expected to exceed $150 million by 2020 as more business infrastructure is connected.  Read more...

Fingerprints and DNA led to clues and there is perhaps yet another Paris attacker still at large. Update, it appears all have been captured as of evening time in Belgium. 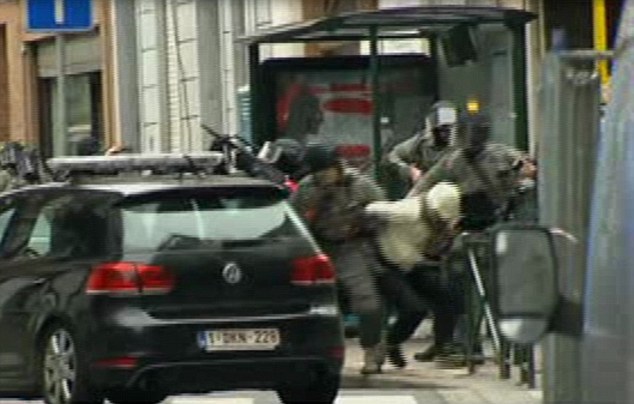 Shot in the knee.

For a photo essay go here.

(CNN) Belgian police conducted a raid Friday in Brussels that ended with two suspects in custody — one of whom may be wanted Paris terror attack suspect Salah Abdeslam, a senior counter-terrorism official said.  Read more...